Traditional drinking water-boiling water can indeed eliminate some bacteria, but if the water is seriously polluted, in many cases, the corpse of bacteria will still remain in the water, becoming a risk of human illness.

Therefore, for the above problems of drinking water, only campus water dispensers can ensure that our water is not a problem. The World Health Organization considered that the manufacture of direct drinking water in schools is scientific, reasonable, and useful production processes can eliminate toxic, harmful, and odorous substances in water sources to a greater extent, so that the effluent meets the requirements of healthy drinking water.

Based on years of drinking experience, Shanmuquan editor tells you that buying a high-end school direct drinking water boiler is a very good choice:

The school's direct drinking water boiler has powerful water cleaning capabilities. It also has many features such as core water technology and fast operation. A high-end school direct drinking water boiler, we can think that our family filters out water that is almost free of impurities. It can not only drink directly, but also be used to soak vegetables and fruits, which can help us eliminate the residues of fertilizers and pesticides on it. It can also be used for rice, cooking, porridge, soup, etc., the taste is more mellow. More importantly, the entry of clean water into the body will greatly reduce the burden of kidney filtration, maintain the innate foundation of the kidney, and invent outstanding conditions for our health and longevity.

Today, with water pollution becoming increasingly tense, it is very necessary to install a campus drinking fountain for the health of family and children! ! 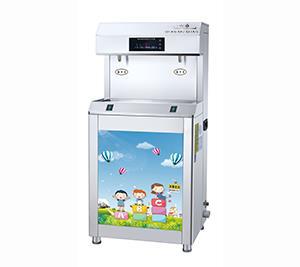 Previous: Summer is hot, do you really drink water?